Hola amigos, I know it’s been a while since I rapped at ya. Rest assured, the progress has continued on the canoes - I just have been neglecting the blog.

Last time, I had begun repairing the stem of one canoe because my tape job failed as the fillets were curing, leading to a temporary fix that would have wrecked the canoe’s sheer line. It began by cutting apart the mangled joint: 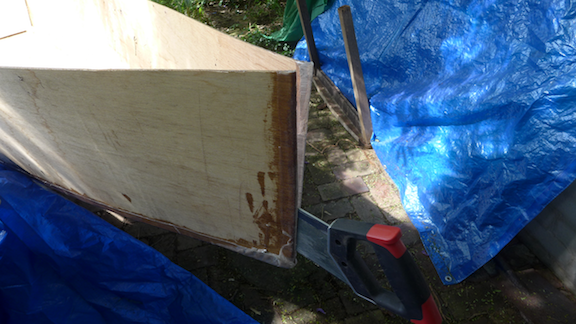 From that point on, the fix was pretty easy. I just had to fillet the new seam, with the gunwales clamped in place to define the correct sheer line: 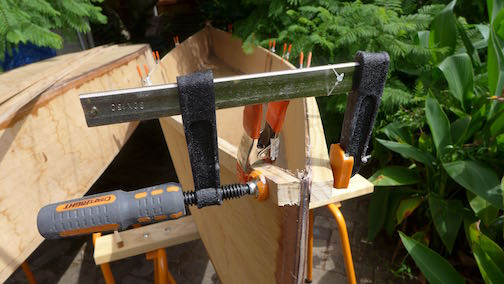 Once the new fillet cured, I unclamped and removed the gunwales to make space for a new strip of fiberglass tape down the repiared stem. 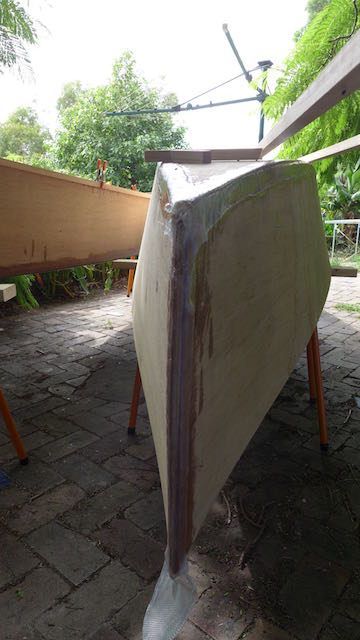