We are beginning our discussion of hypothesis testing. This exercise is designed to remind the students of some concepts that they already know, which will come in handy soon.

The first question should be straightforward. However, a lot of groups preferred not to think before writing something like

They had to be gently reminded that the data really ought to appear somewhere in the probability statement. 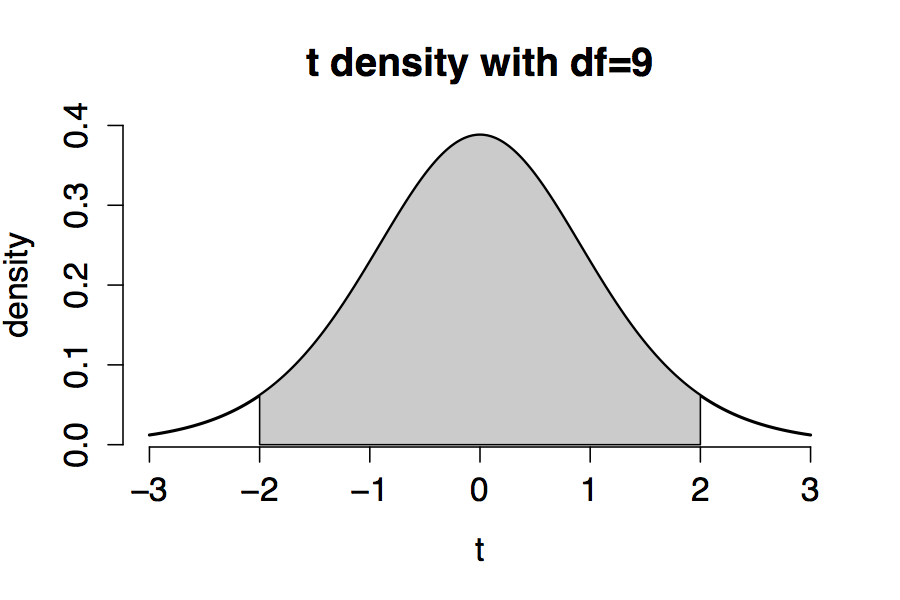 When calculating confidence intervals we’ve generated a lot of sketches like this one. Suppose that $Y_1, \dots, Y_{10}$ are i.i.d. random variables with expectation $\mu$ and variance $\sigma^2$ (both unknown).