Exercise: Prediction in a linear model

Students were supposed to recognize that variability of fitted values is about uncertainty in where to draw the regression line, while variability in prediction adds the noisiness of data being distributed around the line.

I also chose to emphasize that the linear model has lower variance nearer to the mean of covariate values, which was apparently counterintuitive. We took a long time on this exercise because the students had a hard time figuring out where to start.

You’ve fitted a linear model to the data that relates car weight to fuel efficiency. The following are the summary from R’s lm function, and a plot of the model is on the back: 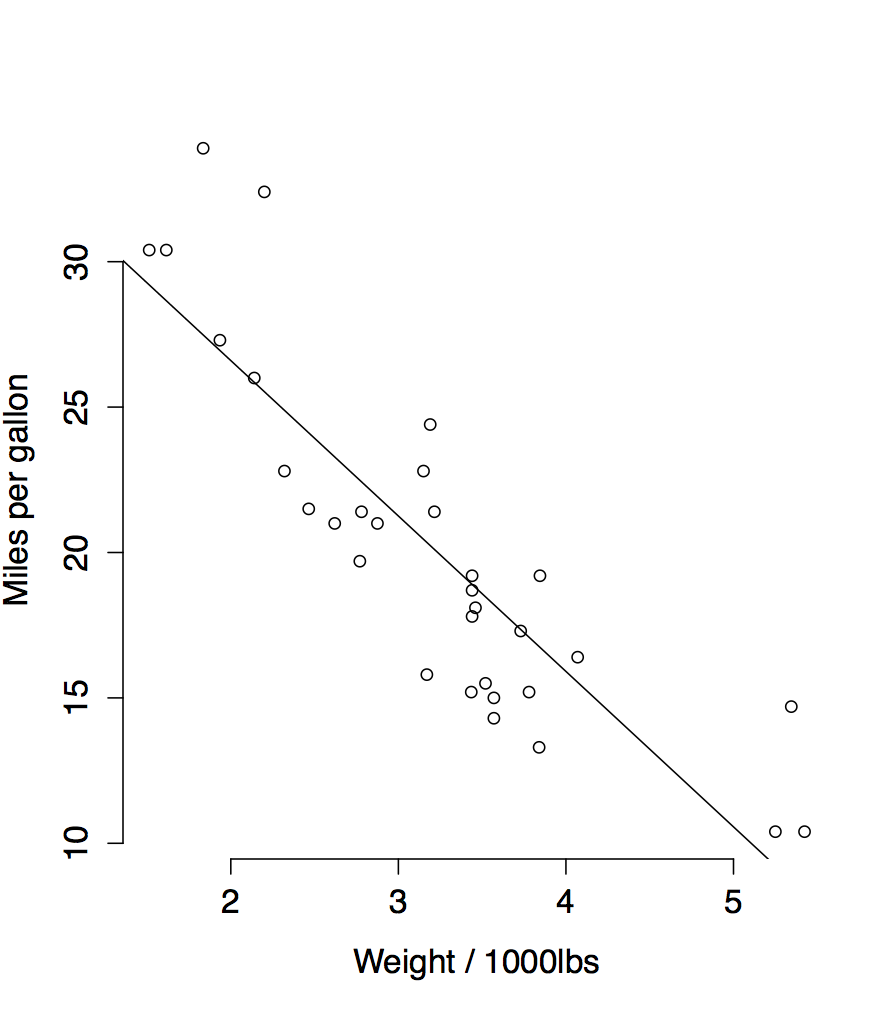