This exercise was intended to show students that linear regression is comprehensible and intuitive. They mostly came up with very similar solutions. With a little prompting, every group eventually said that they would summarize their model by the slope and intercept.

Another group noted that a small change to slope would affect the fit to observations far from ${\bar X}$ more than those near to ${\bar X}$, and concluded that those observations have more influence.

Suppose you’re working on a car design and need to study the relationship between car weight and fuel efficiency. You have produced the following plot: 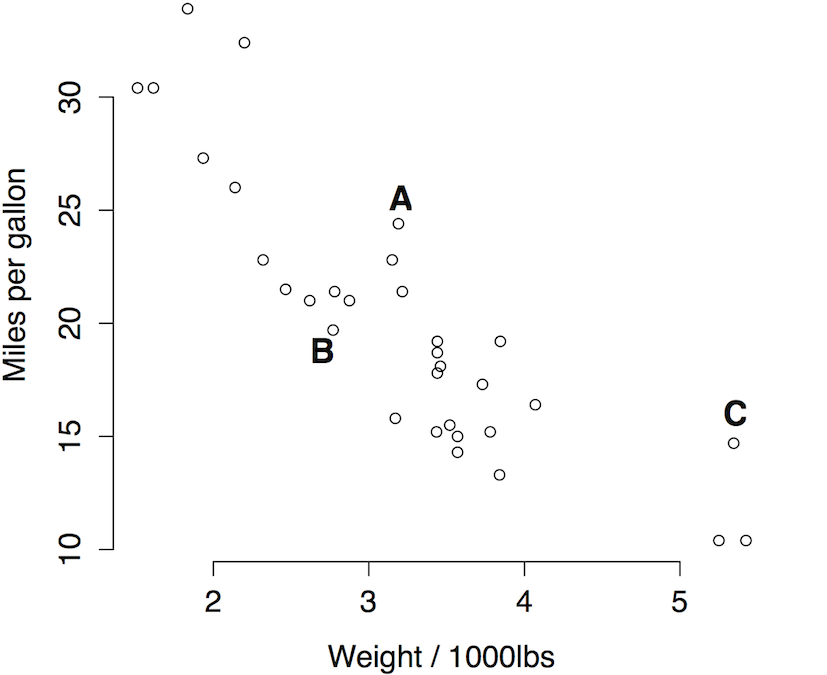