This exercise is intended to have students intuit the analysis of variance, so that everything that follows will be merely detail. Worked out pretty well.

Let’s suppose you’re a chemist working on coatings to protect industrial machinery from water damage. You have developed two different paint additives, and want to test whether they make any difference when added to paint.

The null hypothesis is that all three formulations last the same length of time: formula A, formula B, and no additive. Two alternate outcomes for the data are presented in the dotplots. 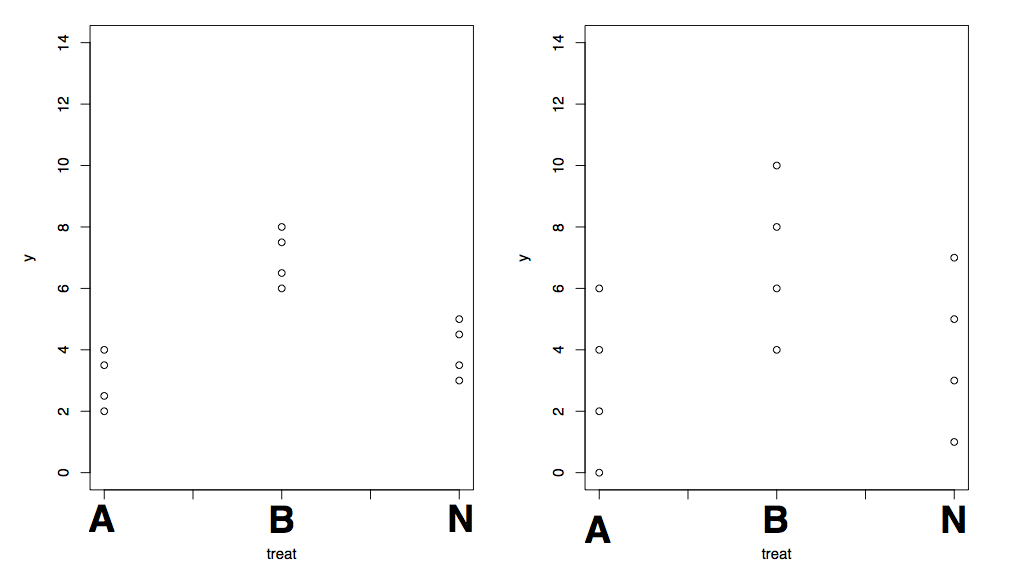