Meanwhile, I am emphasizing that the sample and the population are linked by probability in one direction, and inference in the other.

An ornithologist observed a prairie clearing over the course of a summer. She found all the robin nests and noted when the birds laid their eggs (there were 100 eggs in total). She then measured how many days passed before each egg hatched.

Read parts A and B, then answer questions in part C. 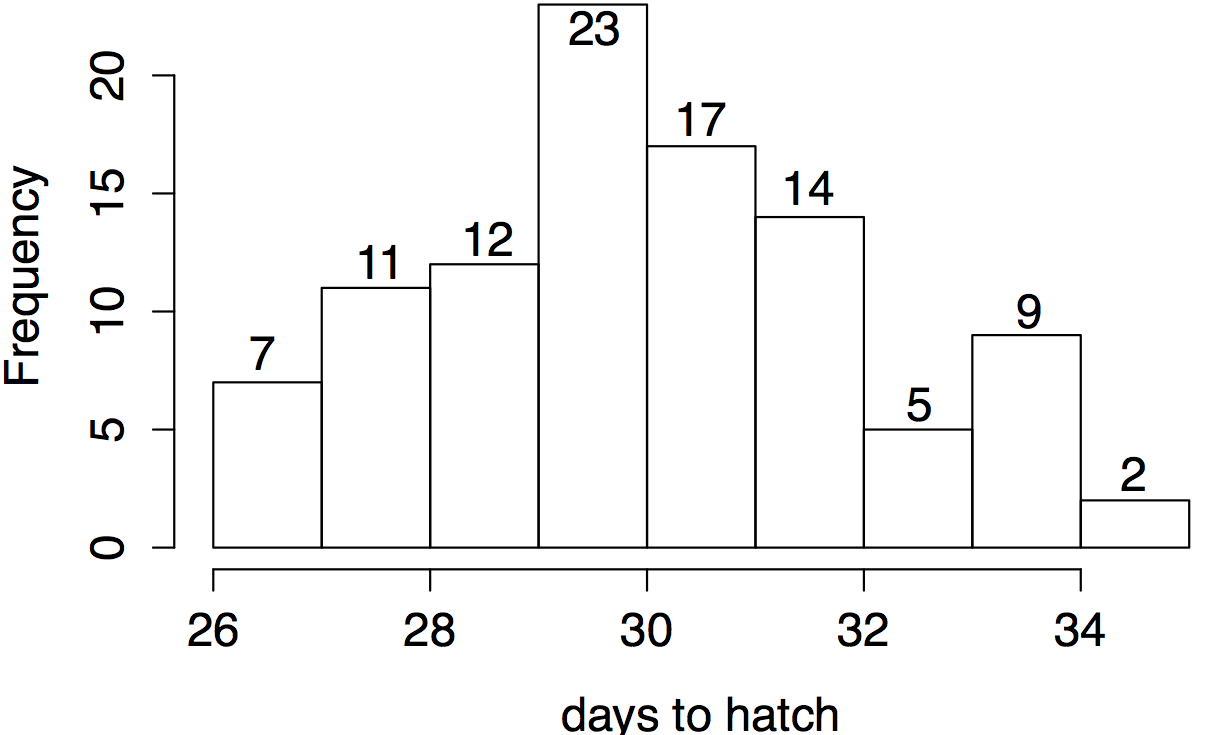 Now imagine that we write each egg’s time to hatch on a chip and put them all in an urn. We pick one chip at random, write down its number, then put it back. We repeat this to sample five numbers.

Fill in the blanks from the following word list. Some words may be used more than once, and there is more than one defensible answer for some blanks.

To be done individually:

For a bonus participation point, write a few sentences that tie the whole exercise together, using as many words from the word list as possible.